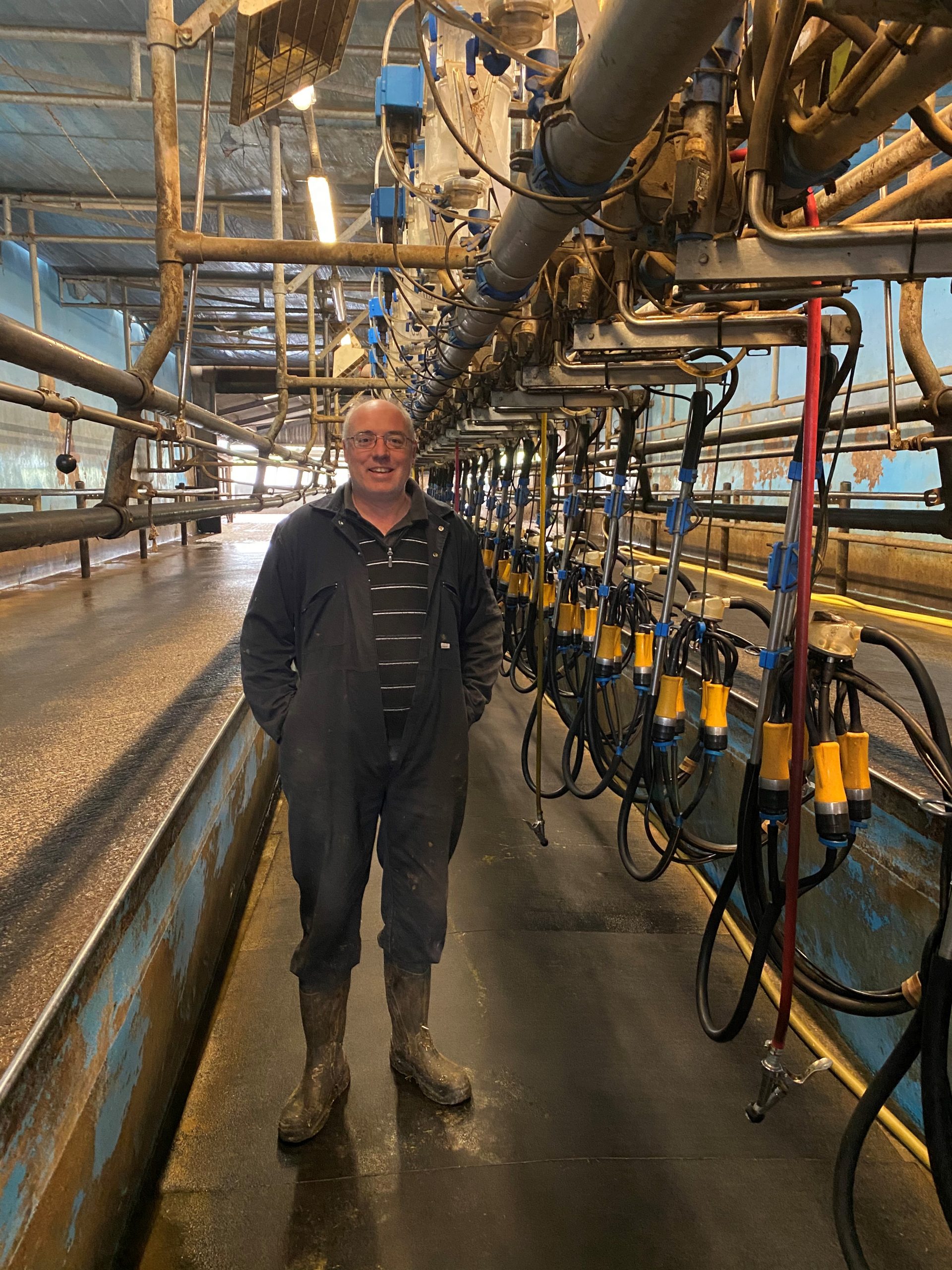 “ADF fits in smoothly within the farm and the integration was very good. It doesn’t slow down the milking process, it actually speeds it up.”

North Yorkshire dairy farmer Edward Booth installed the ADF System to his 20/40 Swing over parlour in the autumn of 2013. Wigglesworth Hall Farm milk a herd of 270 cows, twice a day.

The biggest benefits Edward has seen on the farm are a decrease in SCC levels and clinical cases of mastitis have decreased by 50%. “Anything that speeds the job up and prevents mastitis is good!” he explains. Using ADF has also led to less cows being culled states Edward. “This is due to the fact that the cattle are healthier, therefore we can create a more selective cull plan compared to a forced one,” he adds.

Edward’s staff also like using the system “ADF fits in smoothly within the farm and the integration was very good. It doesn’t slow down the milking process, it actually speeds it up,” Edward adds. “The installation process was extremely quick and took place in-between milkings, with no disruption to our working day at all,’ he explains. Edward originally read about ADF in Farmers Weekly then recognised the system at multiple shows off the back of that, where he watched product demos on the show stand.

“I highly recommend ADF to all dairy farmers as a reliable and effective system, which I wouldn’t be without.”