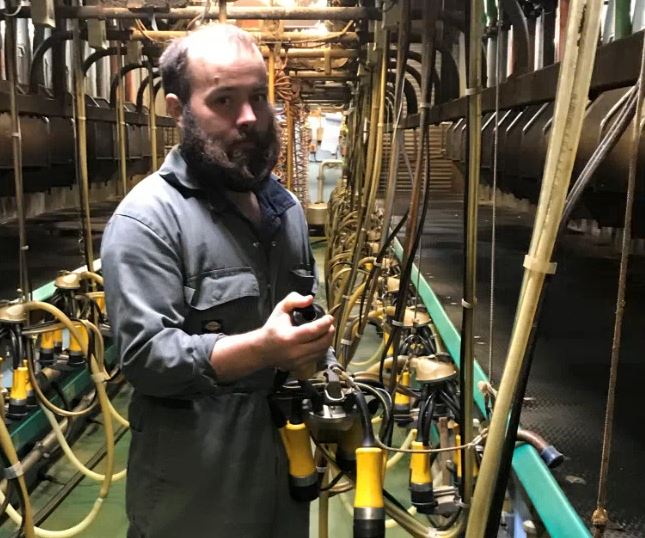 “I wish I had installed it earlier!”

Edward Lister, who farms with his Dad Chris Lister at Sibbersfield Lane Farm in Cheshire tried everything to fight the high number of mastitis cases they were having in their herd, but nothing came close to the effect that ADF had.

“Previously to installing ADF we were spraying our cows with an expensive barrier teat dip as quickly as possible at the end of milking, which is a standard protocol. But in such a long pit is very hard to be everywhere at once with units coming off left, right and centre.

In the summer of 2018 our SCC peaked at 250 and we had 70 cases of mastitis per 100 cows. The majority of our mastitis changed to Strep uberis, meaning it has both contagious and environmental properties. Strep uberis has created a lot of repeat mastitis offenders. We tried lots of things to try and alleviate these outbreaks; changed teat dips, changing the pre-milking routine, cluster positioning, parlour settings, cleaning liners in-between milkings and we even changed the positioning of head rails on our cubicles. All these changes had a positive, but very small effect.

ADF has been installed now for 6 months and the changes have been great! SCC is now at 150 and mastitis rates are down by 50%. It has also reduced the number of cows with a SCC of over 200 by 30% (figures are still reducing).

These are brilliant results and have a very positive financial impact on the business. The staff and I absolutely love it, it’s been a real game changer fatigue wise as we are not having to walk up and down the pit so many times and therefore each milking is easier on the operative(s).

I certainly would not milk without ADF now, and wish I had installed it earlier! I would whole heartedly recommend ADF to anyone.” 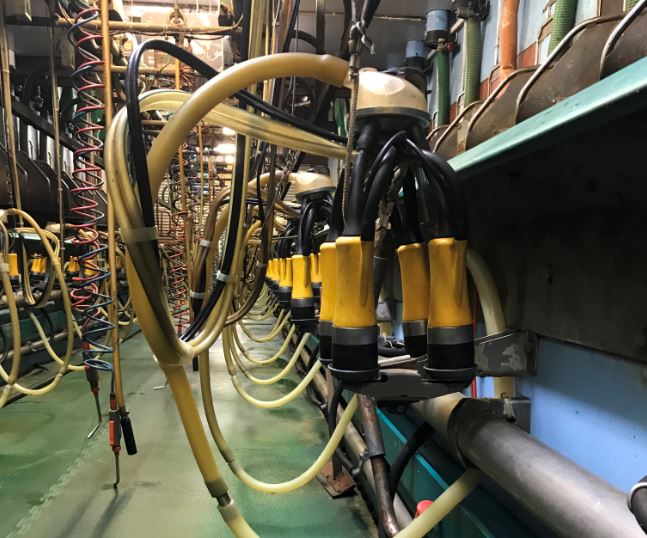