Vice Chairman of the Alberta Milk Board Stuart Boeve says: "I’d recommend the ADF System to anybody, especially if they have a large herd. With an automated system the payback is guaranteed.” 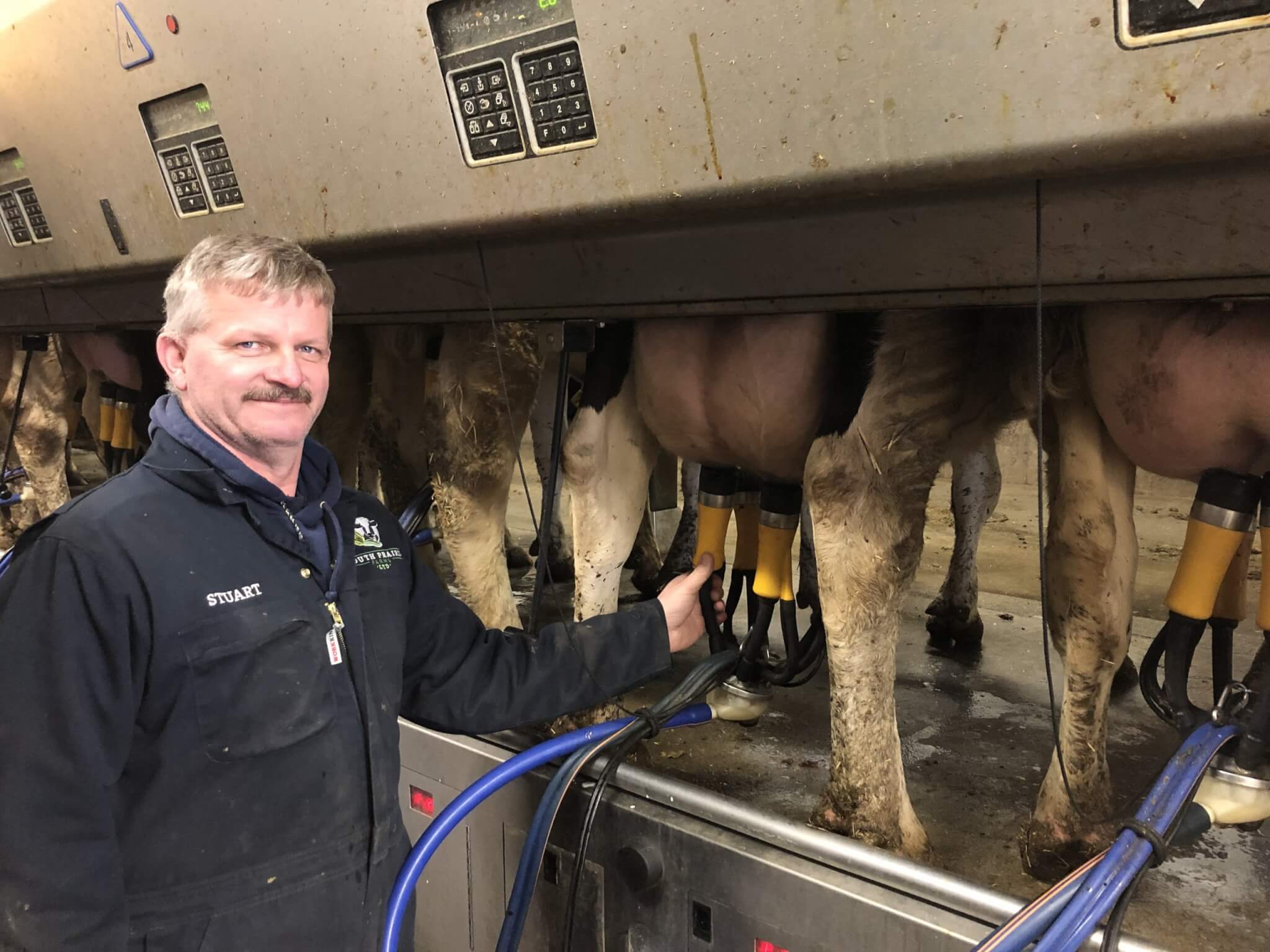 Vice Chairman of the Alberta Milk Board Stuart Boeve has been a customer of ADF Milking since March 2019. He installed the Automatic Dipping & Flushing system on South Prairie Farms Ltd in Alberta after he heard great things from other farmers.

“I was interested in the automatic teat dipping mainly as I already had backflushing in my parlour. I also wanted to milk my herd of 300 cows with just one person in the dairy,” says Stuart. The main benefits that Stuart has seen with ADF is parlour efficiency, improved herd health and calmer cows.

“I’m 52 years old and I find the system a lot lighter on my shoulders. It’s definitely less tiring for our staff members.” Before ADF there were times where the cows in Stuart’s parlour could be waiting for 6 or 7 minutes after milking before his staff managed to dip them. “We used to hand dip but the ADF System does a more accurate job of dipping teats at the right time, every time,” says Stuart. “The backflush is really efficient and hardly uses any water. A parallel parlour is not the cleanest of parlours, so the backflush really helps with keeping the clusters clean,” he says.

Stuart thought he would certainly see some time saving benefits with the ADF System in his large milking parlour, and he was right! “I reckon we are saving at least 20 minutes every milking, and we are now down to just one person working in the milking parlour.”

The health of his herd has also improved considerably in a short space of time. “We now have very few new cases of mastitis and I believe we have cut mastitis cases down by 30-40%. Somatic cell count has definitely reduced and we have seen an improvement in teat condition.” 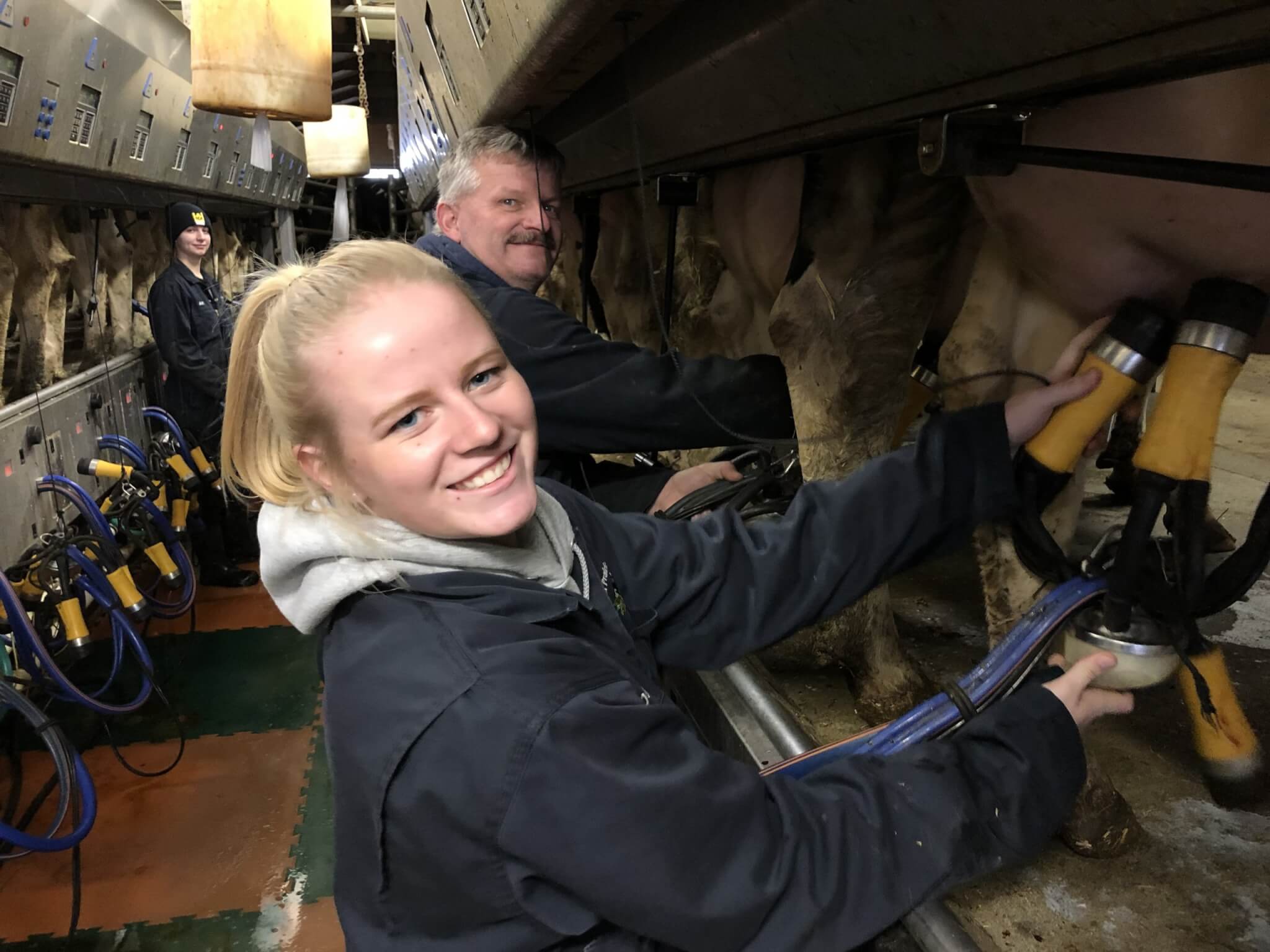 Since having the ADF System installed Stuart has noticed that the overall milking experience has improved. “Our milking routine is now much friendlier and the parlour is not as busy meaning that it is more relaxing for the cows. The cows now have time to walk away calmly after milking. The whole thing is a smoother process.”

It’s not only Stuart’s cows who are enjoying the ADF System. “My staff members love the ADF System as it is not as tiring and they find it easy to operate. My head herdsman who has been with me 10 years thinks it is fantastic and says why didn’t I install it sooner! Teat dipping is a very hard, laborious job. You teat dip because it’s a good thing, not because you like it and ADF takes this stress away from the milking routine. As our milking parlour isn’t as busy, staff have more time to ensure that other important jobs are done. It also means they can do a better job of actually milking,” he says.

When Stuart realised that we offer Diamond square liners, he had to try them out. “With the square liners I find there is less fall off and less sucking. They also give us better milk flow,” he says.

Overall Stuart is very happy with the ADF System. “It’s a really good system. I’d recommend it to anybody, especially if they have a large herd. With an automated system such as ADF, the payback is guaranteed.”