“It’s the reliability of knowing that the iodine is applied properly, and the reassurance that there is no cross contamination between cows that makes the ADF System so great,” says Rodney. 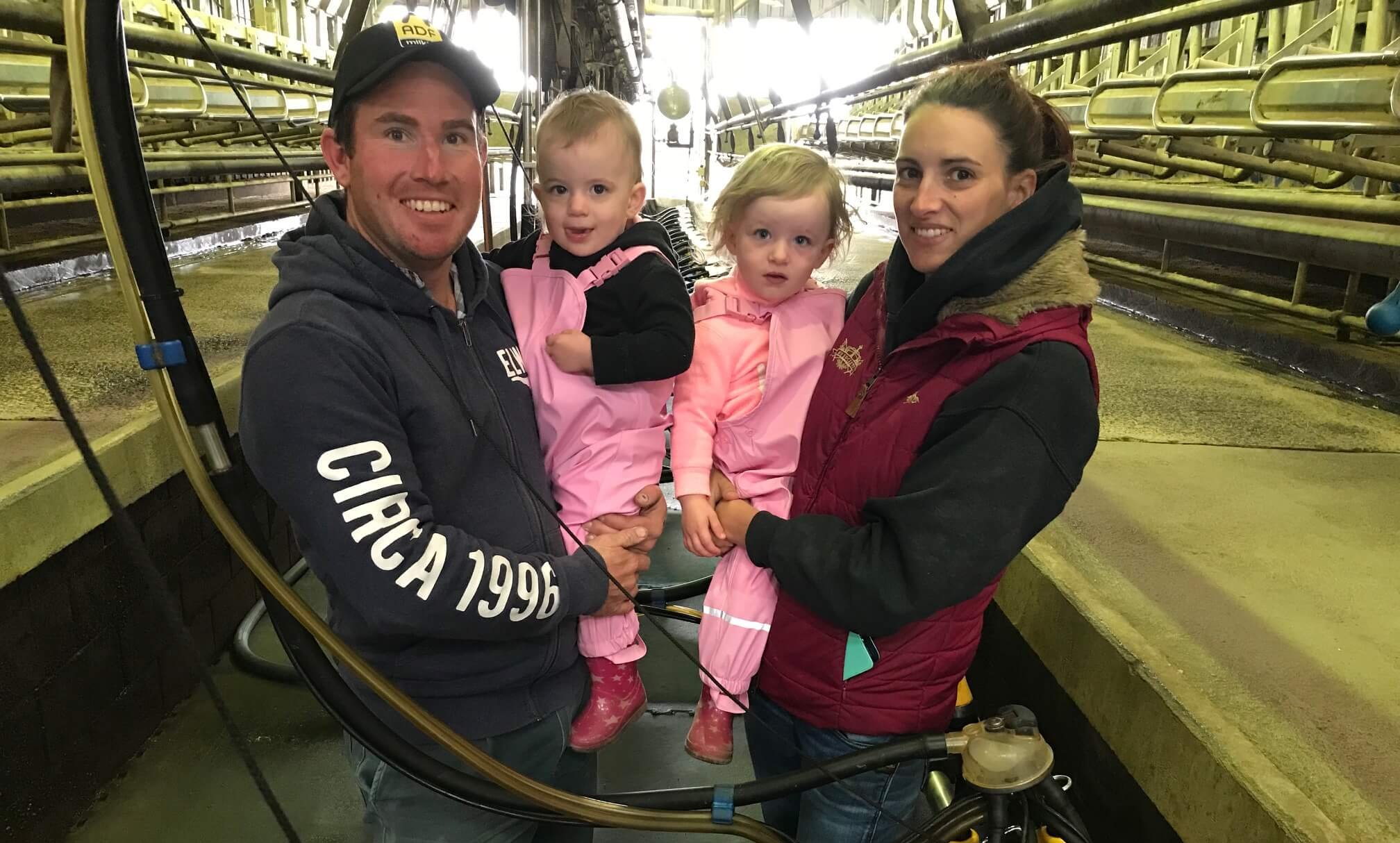 Rodney Goode and his wife Stephanie have had the ADF System installed on their dairy farm in Poowong North, Gippsland, since November 2017, and they couldn’t be happier with it. “It’s the reliability of knowing that the iodine is applied properly, and the reassurance that there is no cross contamination between cows that makes the ADF System so great,” says Rodney.

“Everyone should have the ADF System. There is no one else that does what ADF Milking does, and there are so many different benefits to the Automatic Dipping and Flushing system. The main reasons we decided to implement ADF was for improved cow health, reduction in mastitis cases and for the reliability of good teat coverage,” says Rodney.

The biggest benefit that Rodney and Stephanie have seen is the improved health of their herd. “There has been a significant reduction in somatic cell count, we have nearly halved our clinical cases of mastitis, and this improved health has also increased cow longevity as well. Teat condition has also improved, with very little cracking,” they explain.

Due to the improved health of their herd, the couple have noticed a reduction in vet bills and antibiotic use, which has saved them money.

The farm has also benefited from a reduction of labour in the dairy. “Less people in the dairy means that other things around the farm can get done. We milk with just 2 people in our 25 a side swing over herringbone now. I reckon the ADF System has saved us around 20 minutes per milking,” says Rodney. The couple currently milk their herd of 330 cows twice a day, which is a saving of over 4 and a half hours every week!

Rodney and Stephanie often have backpackers working on their dairy farm, so having the ADF System installed means that the milking routine is straightforward. “Our workers find it easy to use and we know that no matter who is milking, we are going to get the same great results”.

Rodney told us that the installation of the ADF System was very smooth and straightforward with no interruptions, and it works perfectly with the other parts of his milking shed. “Our cows seem to like it. The cups come off a lot better, which means it is more comfortable for them,” he says.

Finally, Rodney tells us that he loves the convenience of our ready to use iodine. “We get it delivered in 1,000 litre canisters, and the solution is already made up, which saves us time as well”.