Merv Koch from Barnsbury Farm in the Murray Region couldn’t believe the amount of money he had saved in vet bills and the cost of antibiotics after installing the ADF System. 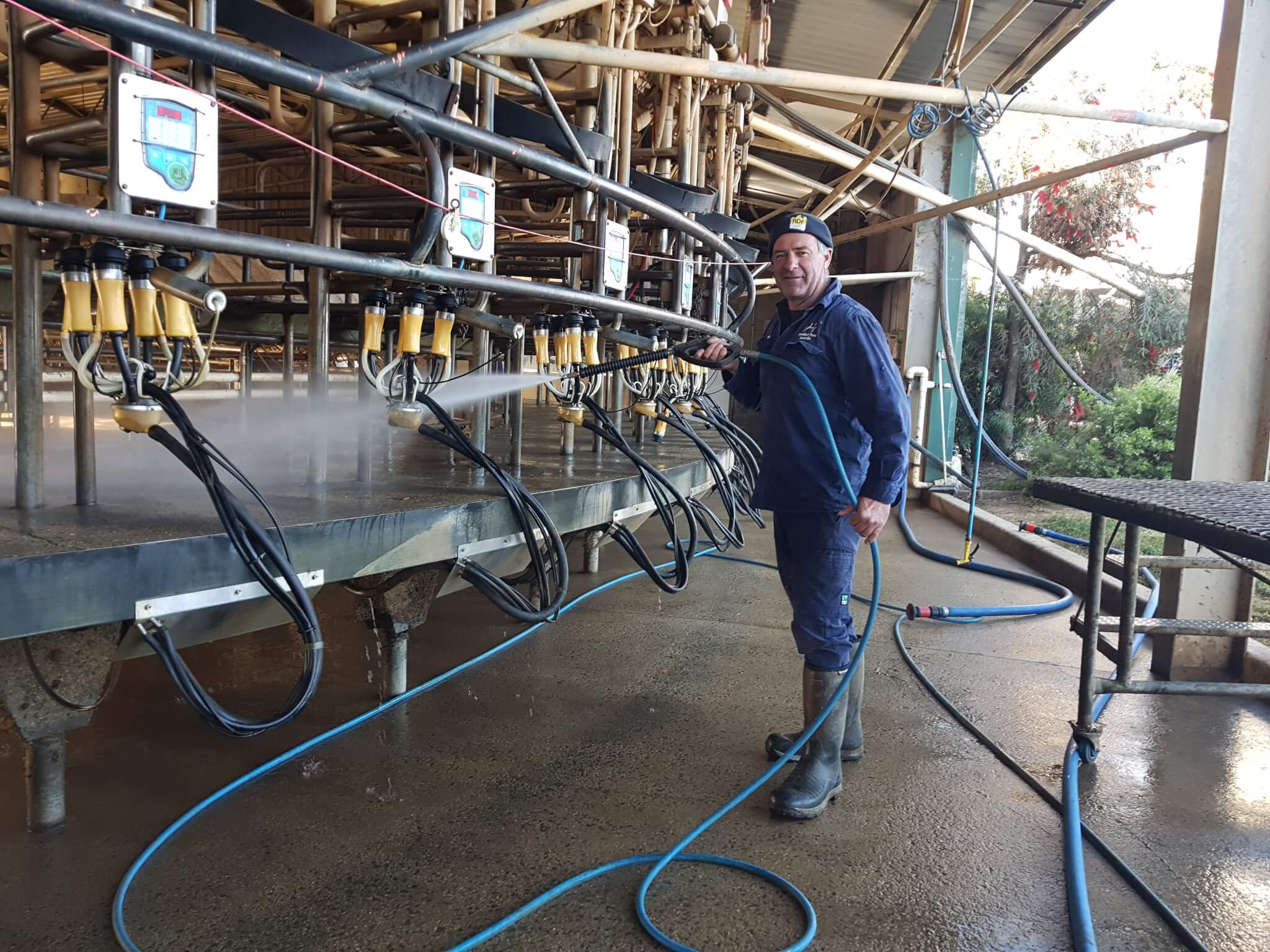 Merv Koch from Barnsbury Farm in the Murray Region couldn’t believe the amount of money he had saved in vet bills and the cost of antibiotics after installing the ADF System. “In our second year of having the ADF System our vet consultant worked out that we had saved over $100,000 that year in mastitis cases and vet bills.”

Merv and his wife Bonita first decided to install the ADF System on their 60 point external rotary back in 2012 in order to improve milk quality. “The company we were providing milk to had very good incentives to lower somatic cell count. They offered to pay farmers a 6% premium if cell count was under 150. I worked out that if we hit that target and got the premium price for our milk, we would have paid for the ADF System within 3 years”, says Merv.

The health of their 700 dairy cows has significantly improved since installing ADF. “The biggest benefit we’ve seen is a dramatic reduction in somatic cell count, down from 250 to 150 within 8 months of having the system. In the first year we had our vet consultant visit us to assess teat condition. He was very impressed with the teat dip coverage that ADF was giving us and with the teat condition itself. We have also seen a reduction in mastitis cases which is one of the reasons we’ve saved so much money,” Merv says.

Merv and Bonita have also seen a labour saving benefit. “Before installing ADF we always had two people in the dairy. Installing the Automatic Dipping & Flushing system has made the whole dairy a one man operation. The team at Barnsbury Farm are very happy using the system. “Our staff obviously enjoy it more now as it’s not as hard work. I believe that one of the hardest things about milking cows is dealing with cows that have mastitis. Now that our mastitis cases have reduced our staff are definitely a lot happier.”

The cows are also happy with the ADF Milking System. “They took a few weeks to get used to it, as we installed automatic cluster removers at the same time as installing ADF so there were a lot of changes. The ADF clusters were also lot lighter than the ones we used previously so they also had to get used to that.” Merv says the cows seem very content now. “They milk out well and milk let down has improved.”

Merv and Bonita originally looked at automatic teat wands before installing the ADF System. However they felt that the Automatic Dipping & Flushing system was the better choice for them as they wanted the sanitising of each liner between cows so there was low risk of cross contamination.

Overall Merv and Bonita are glad they chose to install ADF. “We’re extremely happy with the ADF System. It has paid for itself quickly and it has saved us a lot of time and money. We would definitely say that the sanitiser between cows is the best benefit we’ve seen. And the support from the ADF team has been amazing. We would certainly recommend ADF.”